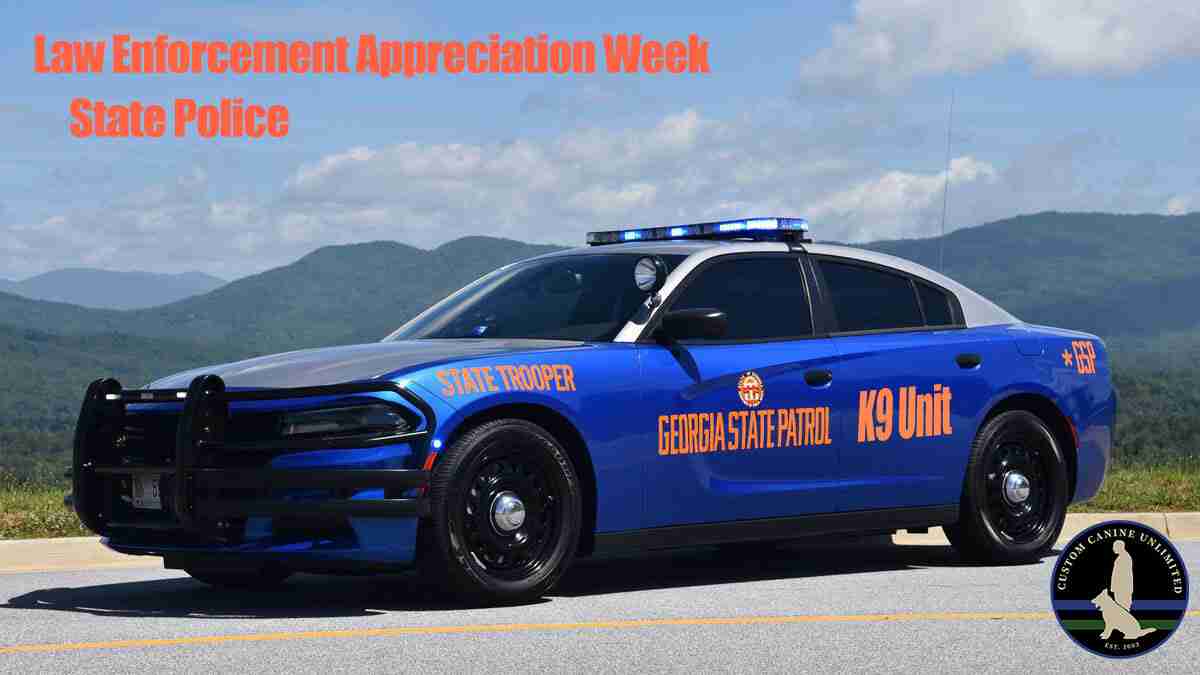 Today we’re highlighting and showing our appreciation for our State Police!

What do State Police do? State Police enforce vehicle safety laws on the area’s highways and interstates, respond to accident scenes, conduct accident investigations, prepare court reports, and testify in court. Other common tasks include public education, heavy motor vehicle law enforcement (such as semi-trucks and other shipping or large capacity vehicles on state highways and interstates), public safety, overseeing the security of the state capitol complex, protecting the governor, and training new officers for local police forces too small to operate an academy and providing technological and scientific services. In rural areas or areas with small police forces, state troopers are often the backup for local and county officers. Depending on performance in their positions, troopers may enjoy such advancement opportunities as senior trooper, captain, lieutenant, and sergeant. State police officers work for the state.

The use of K9s can be crucial to the function of the State Police. K9s can be used by Police for drug interdiction; interdiction can be defined as “the action of intercepting and preventing the movement of a prohibited commodity or person” (Mirriam-Webster). K9s become a valuable commodity for State Officers catching the bad guys who use the highways to travel with illicit substances. The State Police are also tasked with keeping the public safe, and at times, use K9s in their protection services and during times of civil unrest. This sect of Law Enforcement also oversees keeping the Governor and State Capitol Complex safe, there in which K9s can be used to deescalate situations that could become violent.

The K9s we provide that go on to become a team with a State Police Officer are trained with the best techniques to keep those Officers, as well as civilians, safe. Our K9s are expertly trained in drug interdiction to pick up on even the slightest odor of illicit drugs. Our K9s can even alert on money that was previously used with illicit substances, but drugs aren’t all they can find! K9s trained at Custom Canine Unlimited can also find explosive materials, which can save countless lives.

We know that the K9s we train are incredible tools to their State Police Handlers and we couldn’t be more proud that we have a hand in keeping our Officers safe. We want to offer any Law Enforcement member 25% off any course within the next 24 hours! Message us for more details!

We want to thank all Law Enforcement for their service, especially our State Police Officers on Law Enforcement AppreciationWeek Day 4! Don’t forget to stay tuned as we highlight more Officers!