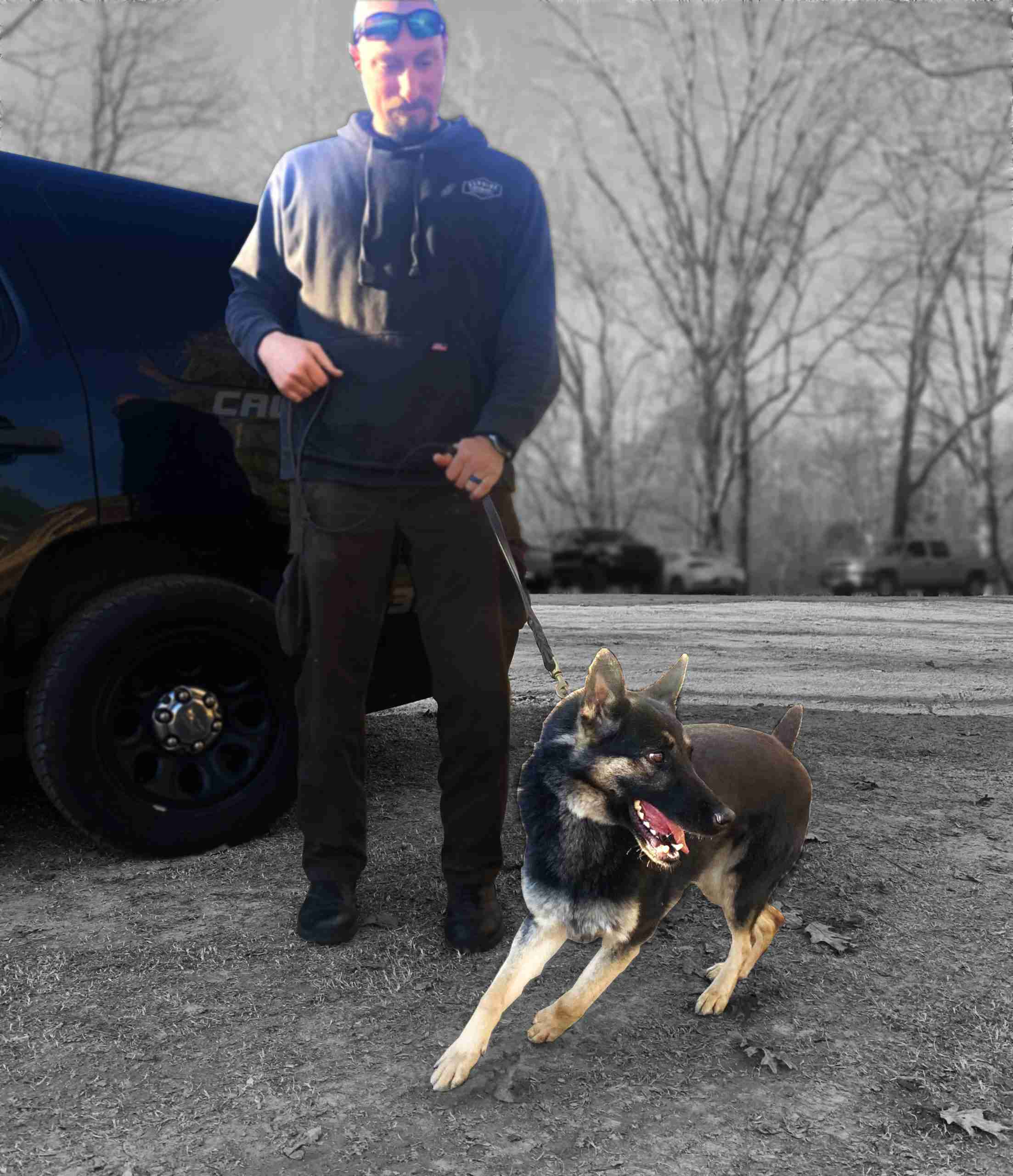 Congratulations to one of Custom Canine Unlimited’s newest dogs in the field! K9 “Roney”, the pint-sized German Shepherd, completed her second bust in Oglethorpe County, Georgia on December 9th, 2020.

Officer Colt Young was working his shift at about midnight on December 9th, positioned off Highway 78 (Athens Road), when he noticed a Jeep Liberty with window tinting far too dark to be legal. Officer Young proceeded to make a standard traffic stop to issue a citation, but during the stop Officer Young received the information that the driver of the vehicle was wanted in another county, as well as the passenger in the vehicle. Officer Young needed to make sure that the county the driver was wanted out of was available to extradite the suspect. Officer Young knew at this time that even though the driver and the passenger both had warrants for their arrest, he still did not have enough to warrant a probable cause search. Luckily, Officer Young is a K9 handler and had his canine confidant, K9 “Roney”, working his shift with him that night.

Officer Young brought “Roney” to the Jeep Liberty to see if she would detect any odors she was trained to detect. Being trained in drug detection, “Roney” can pick up on the slightest odor of illicit drugs. “Roney” alerted on the front quarter panel on the vehicle and Officer Young had enough probable cause to complete a search of the car while the traffic stop was still being executed. Officer Young is also expertly trained on “Roney’s” behaviors when she detects the odors she has been trained to detect. While not every drug detection dog has the same behaviors, Young knows that when Roney alerts, it is a combination of a very specific set of behaviors and actions.  These behaviors are unique to anything else she does.  This K9 Team must work in tandem to be able to reliably complete these tasks.

What exactly did K9 “Roney” find when she alerted to the car? Since “Roney” has been expertly trained by the trainers at Custom Canine Unlimited in Tracking and Narcotics Detection, “Roney” was able to pick up on a stash of $7000 dollars in cash, which generally can have the scent of narcotics previously being used with the money, 3 grams of heroin, needles, and other drug paraphernalia. “Roney” was able to stop the passengers in the vehicle from being able to use those drugs and stop them from purchasing more.

K9 “Roney” graduated from Custom Canine Unlimited’s much sought after training program a few months prior to this bust and is already proving she’s an integral part of Oglethorpe County’s K9 Unit, all just at 18 months old! In “Roney’s” first bust, she was able to get methamphetamine off the street and stop the suspects, who had stolen identities, bank cards, and mail.

It didn’t take long for Officer Young and “Roney” to become best friends. Officer Young adopted his last canine partner, “Seto”, who is retired after years in the field. Young tells us that he is excited to adopt “Roney” once she is up for retirement. K9 “Roney’s” career will last about 8 – 9 years in total. We’re excited to hear more great news about our crime fighting CCU family, “Roney”, as she continues to be a valuable asset in the field, as well as a comfort to the officers who risk their lives for our safety every day.

Keep up the good work “Roney” and congratulations!