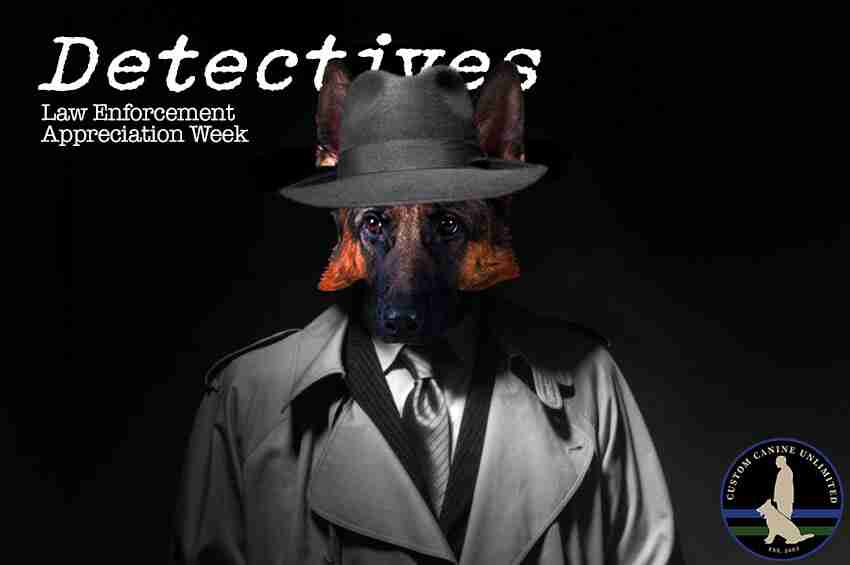 We’d like to offer 25% off of our training courses for the next 24 hours to any Law Enforcement Officer! DM us now for more information!

Police Detectives are experienced uniformed officers who investigate crimes with the objective of gathering evidence against criminals for prosecution. Detectives are tasked with solving complex cases, much like a puzzle.

Detectives are charged with gathering facts and collecting evidence for criminal cases, determining which people and pieces of information are credible, conducting interviews, examining records, observing suspects, participating in raids and arrests, writing detailed reports on findings, and testifying in court. Detectives investigate crimes that have been reported to the department or discovered by uniformed officers. Detectives work with uniformed officers, crime scene investigators, and evidence technicians to build a case for prosecutors. They analyze physical evidence and conduct interviews to reach their conclusions about what exactly happened during an incident.

How do K9s help Detectives? To put it simply, K9s can help catch the bad guys! K9s have 225 million scent receptors in their noses (compared to a human’s 5 million), and Detectives use this ability to their advantage when fighting crime. They can help in service of search warrants to keep officers sale and de-escalate volatile situations that may otherwise require use of force. When it comes to criminal activity, K9s are often taught to detect various drugs, explosives, accelerants (when investigating arson), and other crime scene evidence.

Our K9s who go on to help Detectives are expertly trained on catching even the slightest of odors. Not only can they detect money that has been used with illicit substances prior, but they can also track articles a suspect may have had and missing persons. Our professionally trained K9s go on to help real Detectives solve real cases. Take a look at what case K9 “Magnum” helped solve: https://customcanineunlimited.com/magnums-big-break/ or read through K9 “Roney’s” first big bust! https://customcanineunlimited.com/crime-fighting-k9-roney/ .

K9s, along with Detectives themselves, have to be properly trained in an established setting. Custom Canine Unlimited’s campus has hosted hundreds of training courses for K9s and Detectives alike. Detectives leave expertly skilled at identifying behavior patterns in their K9s, behaviors that let Detectives know that their K9 partner has found a track, or has identified a hidden article.

We know our Uniformed Officer and Detective alumni are in the best place to succeed and catch the bad guys when they graduate from our facility. We’re proud to be able to provide a resource for people that are so integral to the safety of our communities.

So, thank you again. Thank you for the risk and sacrifice you make for us every day. We are ever grateful to work with such important people and to be able to provide them with the tools they need to succeed. We’d like to offer any Law Enforcement Officer 25% off of our training courses for the next 24 hours! DM us now!

Thank you for your service!